Livecoin, one of the largest Russian exchanges just announced that it will be closing down operations. The official announcement noted that the exchange could not recover from the financial and technical losses incurred due to a hack in December 2020. Thus they have decided to seize their operations and return the remaining funds to their clients. The official announcement read, 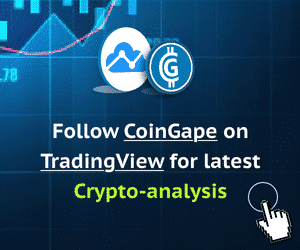 Dear clients, as we reported earlier, our service was under attack in December 2020. The investigation is in an active phase right now. Our service has been damaged hard technically and financially. There is no way to continue operative business in these conditions, so we take a hard decision to close the business and paying the remaining funds to clients.

The firm informed that clients can claim refurbishment of their funds by sending an official mail along with the details of their accounts and post verification they would be refurbished by the crypto platform. The last date for the claim is set to 17th March 2021, post which no claims for refurbishment would be entertained.

Livecoin was hacked back in December 2020 which the exchange claimed was a dedicated and well-planned attack because of which they lost control of most of its servers. After taking over, the alleged hackers changed the pricing of listed cryptocurrencies to an abruptly high amount where Bitcoin was priced at $300,000 when the market price was around $24,000.

While the exchange has promised to help its clients many users on Twitter claimed it was another exit scam.

To keep track of DeFi updates in real time, check out our DeFi news feed Here.

Thought I'd write up a quick intro to LEAPS (Long term Equity AnticiPation Security) for all you degenerates...

We may have cracked the case on GME. Serious researchers needed : wallstreetbets

(The following post is from user u/ahh_soy. lets get some traction on this thing because it’s potentially huge...

Petitions to Congress to make sure the Board of Directors are aware of our requests and add a bit of pressure. : wallstreetbets

My gf and her bf are asleep, so I’ll share my $F DD with you apes instead! : wallstreetbets

I'm confident that $F Ford is due for a downwards correction, and here's why:First, let's look at immediate...